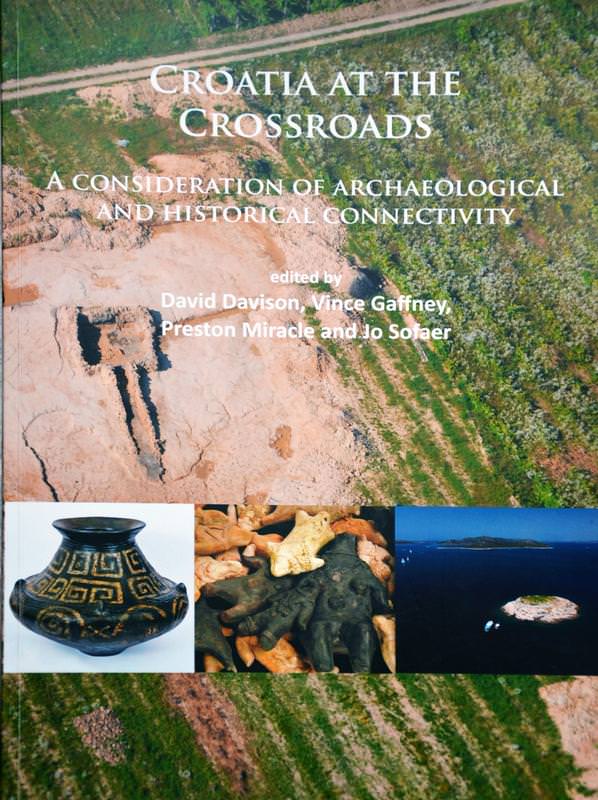 It was decided that the conference should not simply address the question of ‘recent archaeological work in Croatia’, even though this would have raised interesting questions concerning the state and condition of the archaeological discipline in Croatia. Instead it was considered to be more in tune with the spirit of the festival for the conference to consider the role which Croatia, or the lands of Croatia, had played as a conduit or connector in archaeological and historical periods between peoples, cultures and religions of northern and southern, western and eastern Europe. After all, Croatia is situated in central Europe and often stated to be positioned along the dividing or ‘fault’ lines of Roman and Byzantine, Ottoman and Christian cultures.

Ivor Janković, Fred H. Smith ‘Interactions in the Old Stone Age: Possible Scenarios Using the Vindija Biological Evidence’
This paper discusses the Neanderthal sequence from the Vindija cave, Croatia in the light of three main models of modern human origins. Over the last three decades these models have undergone much change, as new dates, fossils, cultural and genetic data became available. Vindija cave has yielded one of the latest Neandertal samples in Europe, and recent successful reconstruction of Neanderthal genome is based largely on three bones from this site. Thus, the remains from Vindija play a major role in any attempt to understand complex and dynamic patterns of biological and behavioural patterns of late Neandertals and their demise.

Ivor Karavanić ‘Contacts and Connections in Late Middle and Early Upper Palaeolithic Croatia’
This paper presents the most important late Middle and early Upper Palaeolithic sites in different regions of Croatia (Hrvatsko zagorje, Gorski kotar and Istria, Dalmatia). While there is evidence of contact between different groups of hunter-gatherers during the Middle/Upper Palaeolithic transition from Vindija Cave in continental (NW) Croatia, there is no such evidence in the Adriatic region. The first evidence of contacts between continental and Adriatic regions of Croatia comes from later periods (late Epigravettian, Mesolithic)

Dario Vujević ‘Adriatic Connections: Exploring Relationships from the Middle Palaeolithic to the Mesolithic’
The contribution explores cultural similarities and possible connections between the Palaeolithic sites on both sides of the Adriatic Sea. In the period from the Middle Palaeolithic Mousterian and through the Upper Palaeolithic Epigravettian Adriatic basin was not a barrier, but a connection of two presently separate geographical features: Italian peninsula and the Eastern Adriatic coast. Sites correspond closely in terms of economy, raw material choice, as well as typological and technological characteristics of artefacts, indicating a wide area of mobility.

Darko Komšo ‘The Mesolithic in Croatia’
Over the past five decades, the Mesolithic in Croatia has been recorded at numerous sites, some quite interesting and rich in various materials, even though others were improperly interpreted. Since the only true synthesis of this period was written as far back as 1979, the intention underlying this paper is to provide an overview of the changes which occurred in research conducted in the meantime, and to present the current status of knowledge on the Mesolithic in Croatia. The focus is placed on a critical overview and brief description of all recorded Mesolithic sites and the compilation of a list with all available literature. (…)

Jacqueline Balen ‘The Development of Eneolithic Cultures Between the Sava and Drava Rivers’
The eastern Croatian region occupies the southwestern part of the Panonian Basin and the eastern part of the area between the rivers Sava and Drava. This area as an enclosed geomorphic unity, its location and natural roads, fluvial valleys and waterways is closely associated with the adjacent areas. During the Copper Age in northern Croatian (more specifically in the area bounded by the rivers Sava, Drava and Danube) we can continuously follow the development of major cultures, such as the Lasinja, Retz-Gajary, Baden, Kostolac and Vučedol. However during this period there are also influences (and/or the presence) of some additional cultures, such as the Lengvel and Bodrogkeresztur.

Helena Tomas ‘Croatia and the Crossroads of Early Greek Seafarers’
The earliest Greek seafarers to reach the coasts of the Adriatic date from the Late Bronze Age, and are better known as the Mycenaeans. They were skillful and adventurous traders who knew no geographical limits in their search for raw materials around the Mediterranean basin. Indications of their presence have been discovered all over the eastern and central Mediterranean, with some hints even in the western portion of the basin. Numerous sites with Mycenaean material, primarily pottery, have likewise been identified along the western coast of the Adriatic, reaching all the way to the Po Valley. (…)

Sanjin Mihelić ‘Multiculturalists Before We Knew It: Keeping Pace with Bronze Age Trends’
The paper discusses current approaches and possible alternatives in correlating spatially bounded distributions in the Middle Danube area in Croatia, Hungary and Serbia with our notions of prehistoric identities based in the study a number of elements of presumptive relevance in the self-conceptualization and expression of social identity. This is juxtaposed to the conceptual framework that reserves the pride of place in the phenomenology of bearers of collective identity for archaeological cultures as the basic units of study, pointing out some of the limitations of this approach.

Darko Maričević ‘Clay Birds as Religious Objects and Works of Craft in the Bronze Age and the Early Iron Age of the Balkans and the Carpathian Basin’
During the Bronze Age and the Early Iron Age many European communities adopted similar iconographic themes through shared cosmological understanding of the world and perhaps religious practice too. Different combinations of solar, anthropomorphic and ornithomorphic imagery, in particular, occur repeatedly in different locations at different times during this period, not least along the southern margins of the Carpathian Basin and the northern Balkans. (…)

Vedran Barbari ‘Indigenous Pottery in Dalmatia During the Last Millennium BC’
In this paper an attempt is made to define and clarify some issues on the indigenous pottery present in the area of Dalmatia during the last millennium BC. The area of Dalmatia covers large part of the eastern Adriatic cost, from the mountain Velebit in the north down to the Boa Kotorska bay in the south. Indigenous pottery fragments make up by far the largest portion of all the finds from the Iron Age settlement excavations in the area, but no elaborate attempts have been made so far in studying this class of archaeological finds.

Branko Kirigin ‘Salona and the Sea – Some Observations’
The maritime aspects of Salona, the capital of the Roman province of Dalmatia, has been totally ignored in scholarship. This paper deals with the geography; why Salona and not Split; the origin of Salona; the port of Salona; and the problems if how trade sailing boats navigated within the Bay of Kaštela, coping with winds and other dangers. (…)

Branka Migotti ‘Interaction Between Incomers and Autochthons on Roman Funerary Stones from the Croatian Region of Pannonia (1st-4th Centuries)’
It appears that the volume indicators (i.e. routes and channels of communication manifest through trade, technological transfer, artistic influence, religion, conflict, etc.) for the Roman period can be very conveniently illustrated by a selection of funerary stones, especially those featuring both portraits and epitaphs. Although a Roman conception in itself, the funerary stone soon became a means of display of various interactions between local Pannonians and both the Romans and incomers from other areas of the Empire.

Ivan Radman-Livaja ‘Immigrants from Other Areas of the Roman Empire Documented on Siscia Lead Tags’
While most Roman lead tags from Siscia kept in the Greek and Roman Department of the Zagreb Archaeological Museum contain information about individuals who appear to be clients of local fuller and dyers, some also provide more or less credible data about those clients’ likely origins. Inscriptions normally specify information about the garments, the service to be completed and the amount of money asked for payment, but the craftsmen also had to know to whom to return the merchandise. (…)

Ante Škegro ‘New Knowledge on Certain Early Christian Dioceses in the Eastern Adriatic Region’
The results are presented of the most recent research into Early Christian dioceses in the regions that were part of the Roman province of Dalmatia. It has come to light that four of these, having been cited in the literature from the time of Daniele Farlati (1690-1773) to the present, did not exist; eight dioceses had seats in places located along the eastern Adriatic maritime route (Salona, Iader, Arba, Epitaurum, Catharum, Scardona, Senia, and Muccurum); bishops of three dioceses resided in settlements located along the main road from Aquileia (northeastern Italy) to Constantinople (Byzantine capital) in the eastern Adriatic hinterland (Naronitan, Sarsenterensis, Ludroennsis). (…)

Ante Milošević ‘The K-type Sword from Koljane in Dalmatia as Possible Evidence for the Arrival of Croats at the End of the 8th Century’
During the last decade several interesting pieces of weaponry and military fear have been found in the valley of the Cetina river. In general, they exhibit morphological and typological features typical for the early Carolingian times. Among such finds is a sword with silver belt buckle from Koljani, which is a third such find coming from the small area around Vrlika, situated in the hinterland of Dalmatia. It can be argued that the sword represents a good from an unknown grave which has now been obscured by the artificial lake created for the hydro-power station Peruča. (…)

Irena Radić Rossi, Mariangela Nicolardi, Katarina Batur ‘The Gnalić Shipwreck Microcosm of the Late Renaissance World’
In the early 1960s, local divers discovered an outstanding shipwreck site, near the small island of Gnalić at the south-western entrance of the Pašman Channel. Subsequently, several archaeological interventions in the late 1960s and early 1970s, and one in 1996, rescued part of the archaeological remains of a large merchantman, dated to the late 16th century. The extent of the site and he excellent preservation of the ship remains and its cargo make it one of the most interesting post-mediaeval shipwrecks known. (…)

Dora Bošković ‘Weapons of the Military Frontier in Croatia from the End of the 17th to the End of the 19th Century – Combat Equipment and Emblems of Rank’
In the period from the 17th until the second half of the 19th century the territory of today’s southern and southeastern Croatia was the borderland of the Habsburg Monarchy, neighbouring the Ottoman Empire and Venetian Republic. In that borderland – known as the Military Border or Triple border (Triplex confinium) – three completely different civilizations interfered, mingled and pervaded. (…) 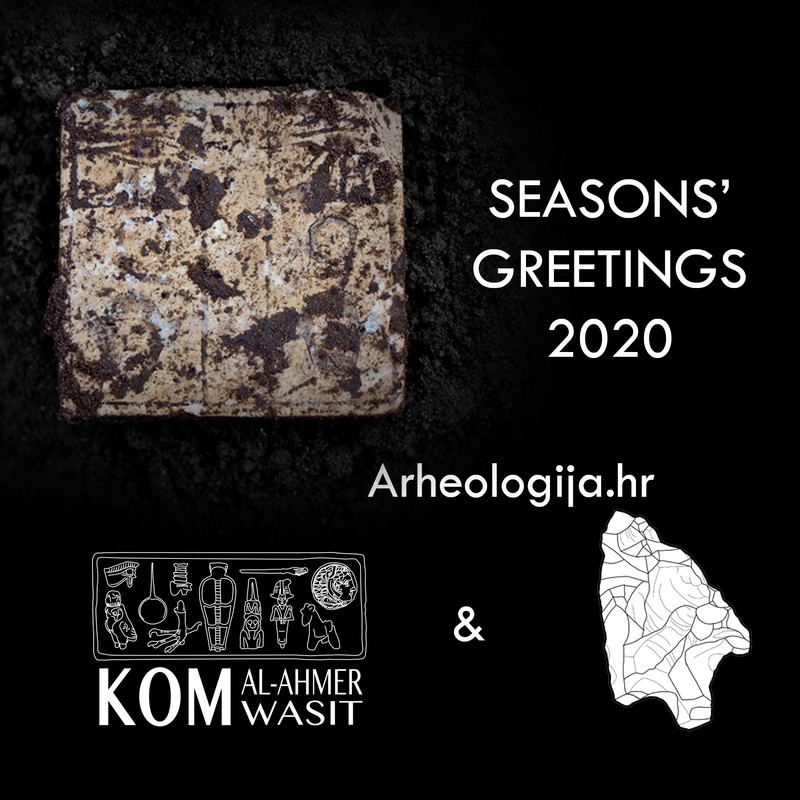